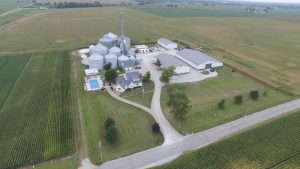 Rulon Enterprises is a family farm located in Arcadia, Indiana, that continues a seven-generation tradition of sustainable and environmentally responsible farming. Originally homesteaded in 1869, the farm has persevered through many good and bad times by constantly focusing on our core business of sustainable crop and livestock production. Since the early 1960s, brothers Jerry and Doyle Rulon operated the farm. The next generation – Ken, Roy, and Rodney – now operate the farm. One of the farm’s objectives is to increase the organic matter content of the soil while still maximizing profits. Roy’s sons, Nick and Neal have recently purchased an equity stake in the company.

Rulon Enterprises was honored by the American Soybean Association with the 2012 National Conservation Legacy Award in a ceremony in Nashville, Tennessee. Please visit this link at Corn and Soybean Digest to learn more about our conservation practices. 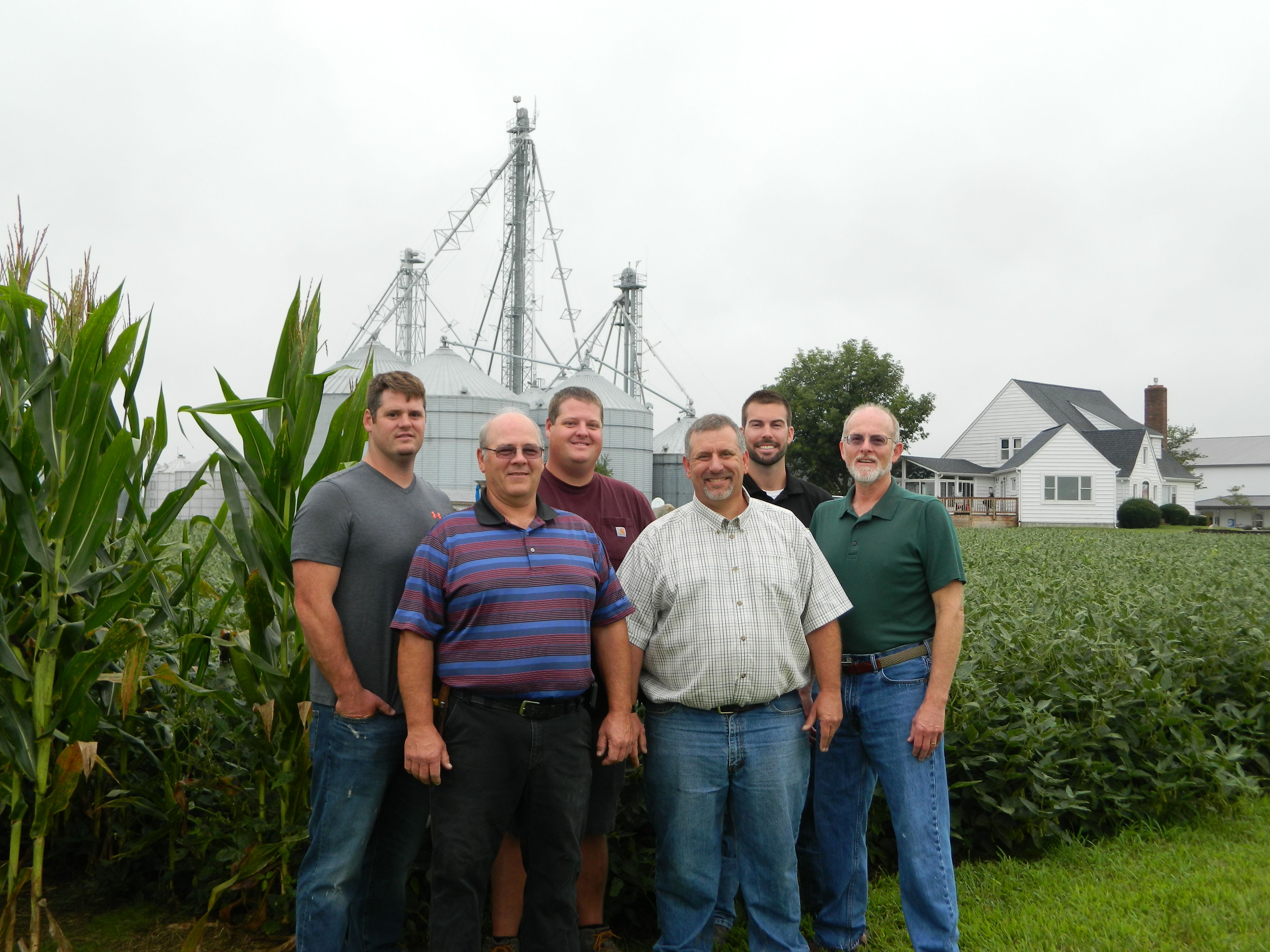 Roy Rulon was raised on the family farm near Arcadia, Indiana. He earned his Agricultural Production Techniques degree from Michigan State University in 1982. Roy and his wife Jamie returned to the farm in 1982 and purchased their share of the family farm in 1987. He served as a volunteer firefighter for the White River Township Volunteer Fire Department for eighteen years.

Roy’s areas of expertise include equipment maintenance and purchases, weed and pest control, fertilizer application, and coordination of the day-to-day activities at the farm.

Roy enjoys spending time with his wife Jamie sitting by the pool and following NASCAR. They have two sons, Nick and Neal, who both are making equity investments in the family farm.

Ken was raised on the family farm near Arcadia, Indiana. He earned his Agriculture Economics B.S. degree with honors from Purdue University in 1982. After college he spent 10 years out of production agriculture, ending his non-farm career as a Marketing Manager for the Plastics Business Group of General Electric.

Ken and his wife, Jane, purchased a share of the family partnership and returned to the farm in 1992. Named Top Producer Magazine’s “Best Farm Marketer” in 1993, he was also selected a Distinguished Agricultural Alumnus of Purdue University in 2003. Ken and Jane enjoy numerous speaking opportunities each year to share our farm’s plans concerning risk management, production technologies, and sustainability. Ken researches and writes the farm’s risk management plan that is shared in the subscriber’s section of this website. Recent presentations are archived in the subscriber’s section.

Ken’s area of expertise on the farm includes managing Landlord relationships, managing the farm finances, and long-term strategic positioning of the businesses. His favorite tasks of the year are planting corn, and driving one of the combines during harvest.

Together, Ken and Jane are active parishioners of  Our Lady of Grace Catholic Church.  They also enjoy ballroom dancing, water skiing, and exercising. They have two daughters, Jennifer, an attorney; and, Kathryn, a doctor of Clinical Psychology.

During his time at Purdue, Rodney co-authored five journal publications and completed a Masters Thesis on the storage and conditioning of popcorn at Weaver Popcorn Company.

Rodney returned to the family farm and joined Ken and Roy as full partners in Rulon Enterprises in 1997. He has been responsible for leading the farms development of a production system  focused on Maximum Economic Yield. This approach includes the cost to society of erosion and nutrient leaching.  He manages the farm’s drainage system design, soil sampling and fertility, and conservation programs. He continues to develop the farms cover crop program to improve soil health.

Rodney currently serves as President of the Hamilton County Soil and Water Conservation District. He is also a Trustee of the Arcadia Church of the Brethren.

The farm received the No-Till Farmer Magazine’s, National No-Till Innovator Award in 2011 based upon Rodney’s efforts focused on improving soil health and the economics of conservation production practices.

Rodney and his wife, Tasha, have three children, Dianna, Kaleb, and Claire, who all work on the farm after school. They enjoy fishing, camping, and shooting sports.

Nick Rulon was raised on the family farm near Arcadia, Indiana. He completed his Bachelor’s of Business at Franklin College in 2009. While attending Franklin, Nick played collegiate football. After completing his degree, Nick returned to the family farm where he began to purchase equity stake in the operation.

Since returning to the farm, Nick has been responsible for running the farm’s seed dealership through Beck’s Hybrids. He also handles the farms  input assignments, anhydrous application, and runs a combine in the fall. Nick is in charge of the farms continuous corn study and hybrid trials.

Outside the farm, Nick enjoys spending time with his wife Kasey and son James, playing golf, and watching professional basketball and football.

Neal Rulon was raised on the family farm near Arcadia, Indiana. He complete his Associate of Agribusiness Management Degree at Vincennne’s University. After completing his degree, Neal returned to the family farm where he began to purchase equity stake in the operation.

Neal is responsible for overseeing all of the equipment and truck maintenance. He keeps meticulous records of all work done to the machinery and ensures its seasonal reliability. Neal also oversees the hauling of all the grain to and from the farm.

When he’s not at the farm, Neal enjoys spending time with his wife Suzy and son Ty, and target shooting.

Andrew Bernzott was raised in Connersville, Indiana. He completed his Bachelor’s of Agricultural Economics with a Minor in Farm Management in 2017 from Purdue University. After school, Andrew spent his first year as an associate operations manager on an Indiana farm before joining Rulon Enterprises in February of 2018.

Andrew is currently the President of Bernzott Family Farms, LLC  in Connersville, IN and continues to work with Rulon Enterprises. He continues to help with data analysis and agronomic decisions, run the website, and help with office work. Andrew also helps with day to day operations, tile installation, and drives a semi when needed.

Outside of the farm, Andrew enjoys spending time with his wife, Lindsey, family and friends, shooting, and working with his hands.